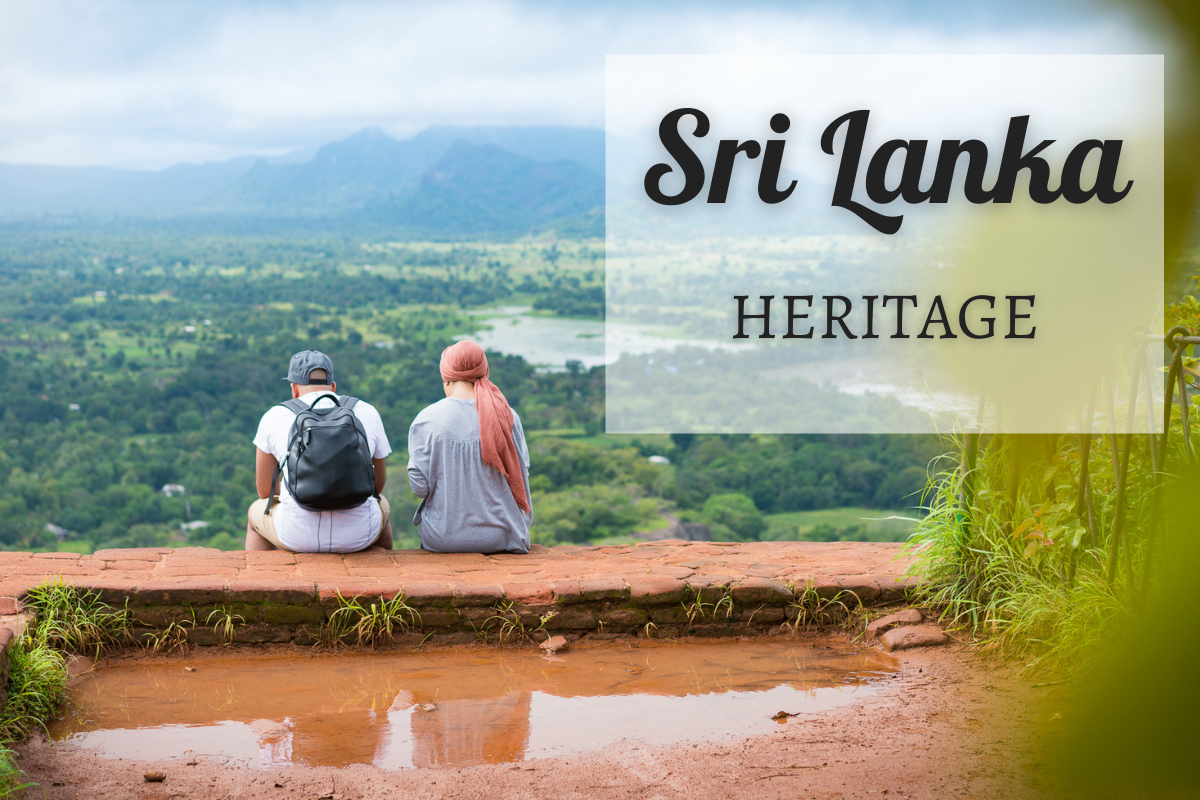 The rich heritage and history of Sri Lanka is one of the most vibrant in the Asian region. The written history runs over two millenniums. And many stone monuments standing proud to this day.

For those who are interested in ancient civilisation, Sri Lanka is a treasure trove 🤩

The first kingdom of Sri Lanka was in Anuradhapura. And it was the most powerful of all of them as well. It stood for more than a millennium on its own. So, there is so much to see and explore in these parts.

Sigiriya was also built during this time. During which the capital was temporally shifted there for defensive reasons.

The last kingdom was in Kandy. Which was then fell into the hands of the British in 1815, ending the long line of Sri Lankan kingdoms.

The first king was King Pandukabhaya, who established the kingdom in 377 BCE. Then it stood for thirteen centuries, only to fall in 1017 AD. In its days, the kingdom thrived from the trade with distant empires. Like Rome, Persia, and nations of Greek and those of India.

The backbone of the Anuradhapura kingdom was the Buddhist civilization. Many of these monuments are still standing to this day.

What to see in Anuradhapura today:

Today of you are visiting Anuradhapura, you should visit the leading Buddhist sites in the area. Sri Maha Bodiya is a ‘Bo’ tree sacred to the Buddhists around the world. It is over two millenniums old, and thousands visit daily to pay tribute to this holy tree.

Another famous landmark is the massive stupa of ‘Ruwanweliseya.’ It was built by King Dutugamunu, the most glorious king of the Anuradhapura kingdom.

If you are in Anuradhapura, another essential place to visit is Mihintale. It is located to the east of the Anuradhapura town. It is a massive rock formation. The legend has it that it is where the ‘Mahinda Thero’ met the Sri Lankan king ‘Dewanmpiyatissa.’ It was during this meeting that the king got the message about Buddhism.

This heritage sight is truly one of the highlights in Sri Lanka.

Sigiriya – or Lion’s rock 🦁 – as it is often called, is a true marvel of the ancient craftsmanship.

The story of King Kasyapa

There are two stories to the origin of Sigiriya. The more common one is that it was built by King Kashyapa, one of the kings of the Anuradhapura kingdom. The other story says that it was created by a king who lived long before the Anuraphura kingdom. And king Kashyapa simply used it during his brief period of reign.

Prince Kashyapa was the elder son of King Dathusena – another famous king in Sri Lanka – but he was not the son of the queen. According to the succession law, the heir to the throne was prince Mugalan. Who was younger but was the son of the queen. Prince Kassapa did not like this idea, and he took matters to his own hands. He killed his father and took the throne for himself. But he could not catch prince Mugalan in time as he escaped to India.

King Kashyapa knew very well that he was not the rightful ruler to the kingdom. Therefore he wanted to find a more secure location to hide. And consequently, he shifted his capital to Sigiyira, south of Anuradapura. Sigiriya stands tall over low lands to either side, so one can see for miles from the top of it.

By the time King Kashyapa came to Sigiriya, it was already a Buddist temple. Kashyapa built a new temple in the nearby Pidurangala and shifted the monks there. This is one of the pieces of evidence that the people who say Sigiriya was not built by Kashyapa. They say that he took it for himself, what was already abandoned by a king of bygone days. Which was then used by monks as a shelter.

Another point against King Kashyapa is that the Sigiriya palace and the outer complex is so vast. It is humanly not possible such a megastructure was built within the 22 years reign of King Kashyapa. And especially because he was anticipating and preparing defenses against his stepbrother’s invasion.

Long story short, prince Mugalan finally came back from India with an army. There was no real battle between the two brothers. King Kashyapa’s elephant got stuck in the mud. And in the attempt to get it out of mud, his troops thought the king is preparing to retreat. So they ran away from the battle. Seeing his soldiers fleeing the field, king Kashyapa had no other choice and took his own life. Which ended the fight. King Mugalan abandoned Sigiriya and shifted the capital back to Anuradhapura.

How to visit Sigiriya today;

Sigiriya is often included in round tours in Sri Lanka – and you will find a visit here as part of the itinerary in our 10 days tour – Sri Lanka At Ease.

You can of course also visit without a driver/guidem however it is a bit difficult to access by public transport alone. No trains are running there. And even if you take a bus, you will have to change between multiple buses just to get closer to the rock fortress. Therefore it is highly recommended that you hire a vehicle with a driver to go and visit Sigiriya.

👉 Read more about our tours and transport HERE.

The view from Pidurangala.

The best views of the Sigiriya is seen from the Pidurangala rock just next to it.

The best time to climb Pidurangala is in the early morning to watch the sunrise. The two rocks are placed in such a way that the sunrises with Lion’s rock on the backdrop. It is a stunning sight to see, especially when there are dramatic cloud formations in the area.

Kandy is the last of the Sri Lankan kingdoms. Afterward, the entire country fell into British occupation.The central placement of the Kandy kingdom protected it for a few centuries. Against the invasion of the colonial powers, who had control over the lowlands of the rest of the country.

The Kandian kingdom established in the year 1469, but it was not a powerful kingdom until 1593. These were troubling times in Sri Lanka as the Portuguese landed in the country in 1505. And after a serious of wars, the lowland kingdoms subsequently fell to colonial hands.

The Temple of the Tooth Relic

The tradition of the Sri Lankan kingdom is that whoever holds the ‘Sacred tooth relic’ is the true ruler of the land. This is what Vimaladarmasuriya I did in the year 1595. The tooth relic remained in the Kandy from then onwards.

Even today, one can visit the sacred tooth relic at the Temple of the Tooth Relic in the heart of Kandy.

This is one of the most sacred places in the entire country. Thousands of locals and foreigners visit this daily.

If you have a choice, visit Kandy in August around the time of the famous Asela Perahera. This is a street pageant where traditional dancers and elephants parade through the streets of Kandy. The highlight of the event is the sacred tooth relic, which only taken out of the temple during this time. The sacred tooth relic is placed on the back of a majestic tusker and taken in the parade.

Getting around in Sri Lanka

So if you want to visit these sites, the best option is to travel with a car and a private driver to drive you between these places. Kandy is a good starting point, as it is closer to Colombo. You can visit the temple of tooth relic as well as few other temples in the area. Afterward, head north towards Anuradhapura. Try to climb Piduragala and Sigiriya in the morning before the sun gets too hot.

If you want to go into depth of the ancient history of the ancient sites in Anuradhapura, make sure you stay in the area for two to three days. Afterward, you can move to Polonnaruwa to the southeast of Anuradhapura. Polonnaruwa has another set of ruins. In both these places, it is ideal if you can hire a bike. Cycling will get you around quickly, as walking will take a lot of time between the sites.

At Ease Beach Hotel can arrange a tailor-made travel plan to visit these sites.

We recommend to hire a private driver.  He will also act as your personal guide. And will explain the history and cultural importance of these locations.

You will find more information about this service on this page:

Temple of the Tooth Relic in Kandy is one of the most sacred places for Sri Lankan Buddhists. So are the Jaya Sri maha bodhi and Ruwanweliseya in Anuradhapura. Even other sites like Pidurangala and Mihintale have functioning Buddhist temples.

So make sure you wear the appropriate clothing. And behave in appropriate ways when visiting these places.

As for the dress, always make sure you wear something which covers both your shoulders and knees. Revealing dresses and see-through is a big no in temples. Also, remove your shoes and headwear when entering the temple. And whenever possible, try to wear light colours as most locals wear white to temples. 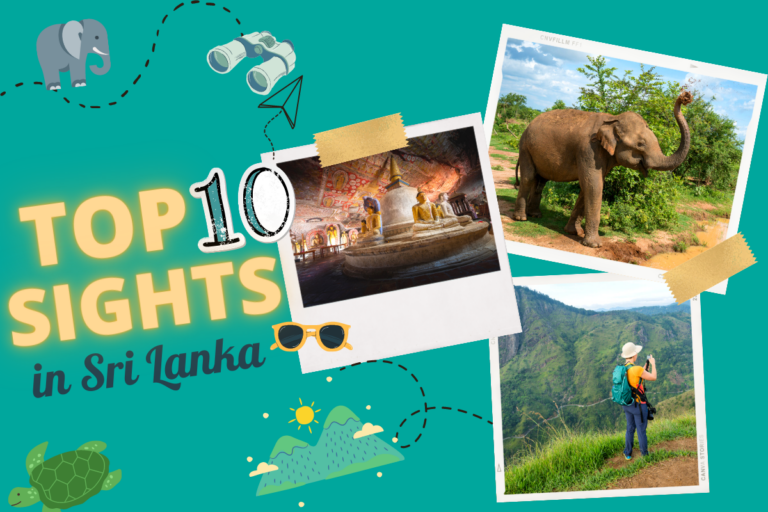 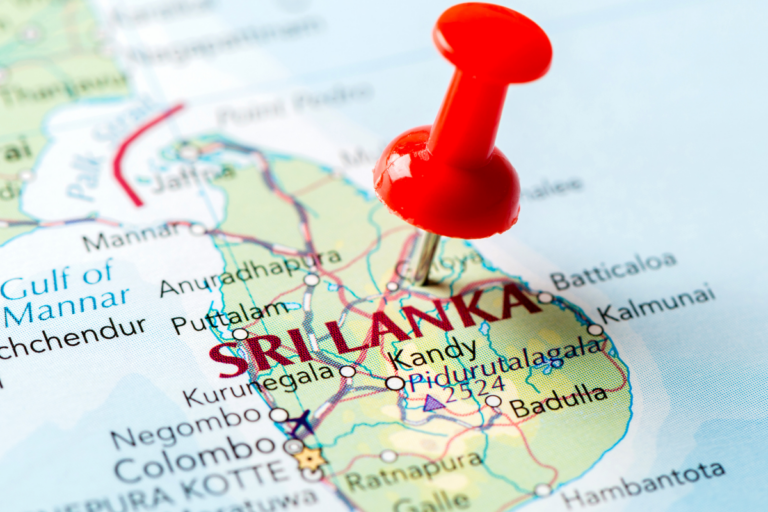 It´s hard to leave the beautiful beach here in Hikkaduwa. But you should, because Sri Lanka has so much more to offer. From Our travel desk you can book round tours all over Sri Lanka. The best way to travel is with a private car/van with an English speaking professional driver. 😊 This will give you… 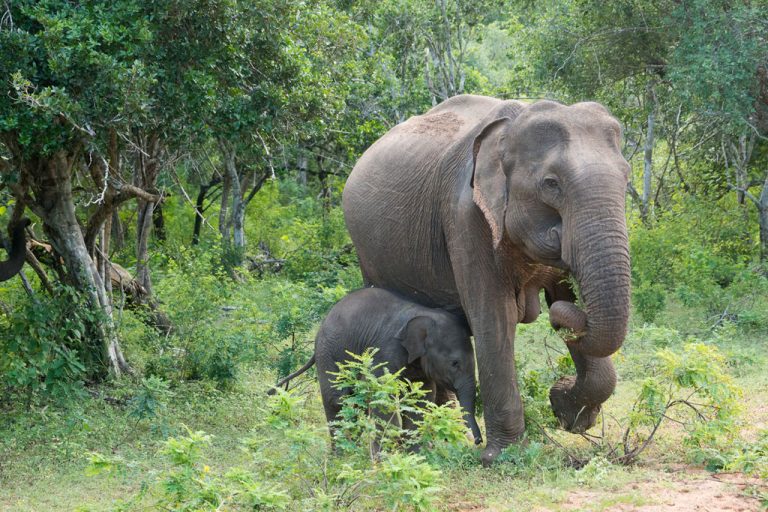 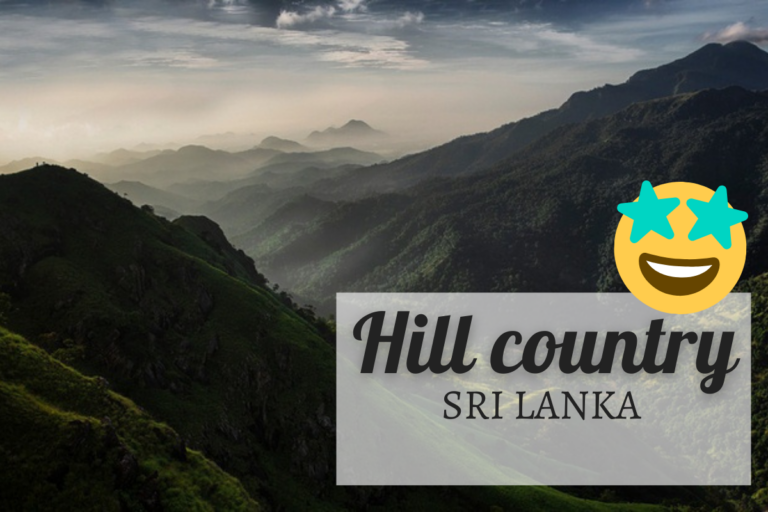 The hill country in Sri Lanka is so beautiful! Mountains, tea plantations and water falls, make the perfect backdrop. In this area you can go exploring, trekking, rafting or riding the scenic train. What places should you visit in the Hill Country? Nuwara Eliya At almost 2000 meter above sea level ⛰️🤩 you find beautiful… 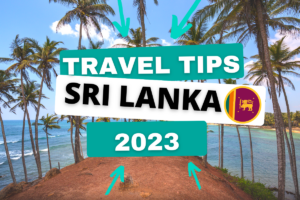 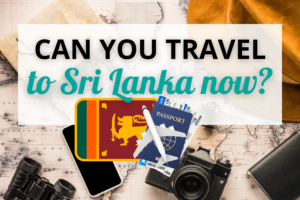 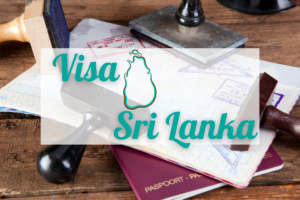 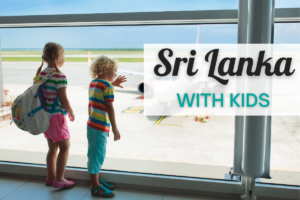